HERE IN LEEDS, NOT ONLY ARE WE PASSIONATE ABOUT TRIATHLON; WE’RE PASSIONATE ABOUT SPORT FULL STOP. YOU ONLY HAVE TO LOOK AT OUR LONG HISTORY OF FANTASTIC SPORTING EVENTS, OLYMPIC MEDALLISTS, PROFESSIONAL SPORTS TEAMS AND AMATEUR SPORTING ENTHUSIASTS TO KNOW WE MEAN IT.

Headingley Stadium is not only famed for its Rugby League and Union teams but is one of the world’s most well-known sports venues in the world, hosting Test match international cricket as well as rugby league and union. The famous cricket ground has hosted the greatest players in the history of the game since staging its first Ashes Test match in 1899, including Don Bradman’s famous 309 runs in one day’s play in 1930, Geoffrey Boycott’s 100th first-class hundred in 1977’s Ashes Test, and Ian Botham’s legendary heroics of 1981.

Headingley is also home to the Leeds Rhinos rugby league club, who claimed six Super League titles in nine years from 2004-2012 as well as three World Club Championship successes during a superb spell of dominance. The stadium also hosted two matches of the Rugby League World Cup 2013, achieving a record attendance for a group game not involving a host nation, additionally Elland Road also picked up the mantle when it played host to two matches of the Rugby World Cup 2015.

Elland Road is more famous for being the home of Leeds United Football Club, who have three times been crowned champions of England and with a large and loyal fanbase have recently returned to the top-flight of the domestic game. Formed in 1919, and traditionally one of the largest clubs in the UK, the club draws large crowds of loyal fans to home and away games alike.

Leeds played a major role in the success of the British team at the Rio 2016 Olympic and Paralympic Games, with medallists based in the city including Nicola Adams, brothers Alistair and Jonny Brownlee, Vicky Holland, Nile Wilson, Jack Laugher and Hannah Cockroft becoming household names for their exploits.

Already one of the most active big cities in the UK, the city has a full year-round calendar of mass-participation events and challenges ranging from, for example, the fun and family-oriented Brownlee Tri, the Jane Tomlinson Run For All, Leeds Half Marathon, the Leeds 10k, the Abbey Dash and even the unique fun of dragon boat racing.

Triathlon is becoming an increasingly deeper part of the Leeds sporting DNA, inspired by our local heroes the Brownlee brothers as well as another former world champion Non Stanford and housemate Vicky Holland, who became the first British woman to claim an Olympic medal in triathlon at Rio 2016. The quartet, as well as many more of Britain’s elite triathletes, are based at British Triathlon’s high performance centre at Leeds Beckett University. As well as taking advantage of the world-class sporting facilities in the city, they make the most of the ideal natural training terrain offered by the spectacular Yorkshire Dales nearby to hone their swimming, running and cycling skills.

At grassroots level triathlon is flourishing in the city, with Leeds and Bradford Triathlon Club becoming one of the biggest clubs in Yorkshire with a strong focus on junior development. 2019’s AJ Bell World Triathlon Leeds was a resounding success, with athletes of all abilities uniting in a celebration of multisport. The weekend was topped off by an incredible performance from Georgia Taylor-Brown to take gold on home soil and be joined on the podium by compatriot Jessica Learmonth in 3rd place and Katie Zafares (USA) who took 2nd. The men’s race was equally exciting and was won by Australia’s Jacob Birtwhistle who was joined on the podium by Matthew McElroy (USA) and Javier Gomez Noya (ESP) respectively.

Hosting the fifth edition of the prestigious World Triathlon Series event in the city in 2021 is sure to see even more people of all ages take up the sport. After the postponement of the 2020 edition, as well as the Olympic and Paralympic Games now taking place in 2021, an incredible summer of multisport is upon us. With dates now confirmed for 5 – 6 June 2021 and the introduction of a brand-new World Paratriathlon Series race, the AJ Bell World Triathlon Leeds in 2021 will be a festival of multisport like no other. 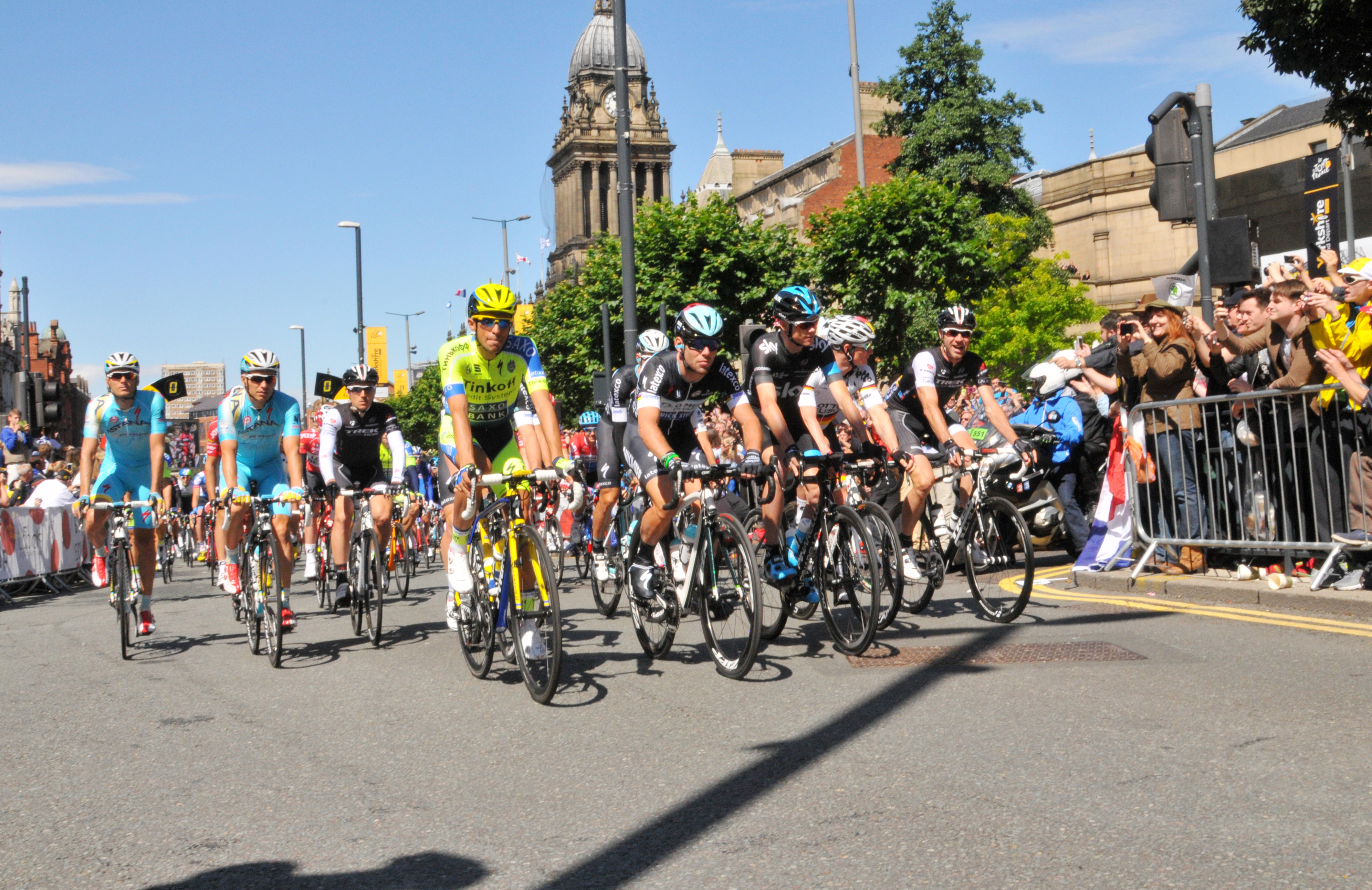 (Leeds start of the Yorkshire Grand Départ of the Tour de France, 2014)